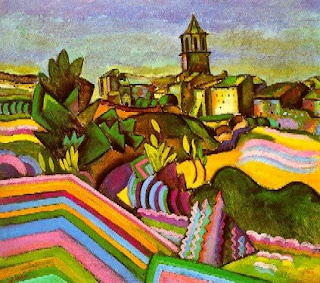 The bus came to a screeching halt on that muddy road and all the dust which were following the bus all the way, overtook the bus with a sense of victory and Sanjay was promptly tapped on his shoulder by his co-passenger saying that his stop has come, Sanjay hurried himself out with a shoulder bag and he could see a whale of change in his village which he left 20 years back, but the one thing which has not changed is the saloon shop and its owner Siddhik Bhaai. The village which has not seen electricity till he was there, the village which has not seen a phone connection for ages, the village which does not know what a TV is all about, is now brimming with life, there is a browsing center, and there are cell phones towers, and there were satellite dishes smiling on top of every house, but the serenity of the village has not lost yet. Varun pinched himself to feel the reality, but Varun has not come to this village to see the changes which have happened in the recent past, he has come there to catch-up with the past which he lost 20 years back, yes, he has come in search of his love ...
Varun walked into the street where his family used to live ages ago and the image that he had in his mind about his street did not match with the image that he is seeing in front of his eyes now, they have completely changed though some of the houses still stand the same way they did 20 years back. He recollected the names of some of his childhood friends and he tried his luck by knocking at one of the house which he thought he has spent most of the time playing with his friend Sanjay, they both were buddies and he still remember the day where the two cried buckets when he has to leave the village as his dad got transferred to the city. Varun was greeted by an old lady who shrunk her eyes and kept her right hand on her forehead as a sunshade and asked him "Who are you ? What do you want ?" Varun just did an index scan in his brain and figured out that she is none other than "Sundari Paatti" who is Sanjay's grandma. He introduced himself as Varun son of this village post master "Rajan" who vacated the village 20 years back and also he re-collected the famous incident of that village in those days where Sundari paatti worked out a plan and caught the gang of robbers who were constantly stealing rice from the paddy fields.

Sundari paatti was so happy to see her lost neighbor and she said Sanjay has gone to work and he will be at home for lunch, she asked Varun to relax and told him that he has to stay there for a week and then only go, Varun replied with a sheepish smile "So only for a week is it ?". Sanjay's mom who was out in the field came home and gave a confused look at Varun, and the confusion was eased out by Sanjay's granny by telling the entire story. She recollected the days when Varun and Sanjay would fight like street dogs but they were good friends as well. Varun was eagerly waiting to meet Sanjay after 20 years, his mind remembers Sanjay as a lefty who does everything in his left hand, he is very good in aiming marbles and his aim never missed Varun's marbles any time. Sanjay had a deep cut on his left forehead which was actually caused by Varun when they were playing, one day Varun thru a plate on Sanjay's face in a fit of rage for a petty issue where Sanjay broke Varun's cricket bat which was made out of a coconut bark.

Sanjay walked in to the house and he recognized Varun at the first sight, and his joy knew no bounds and he hugged Varun hard and he cannot believe that he is seeing his close friend after two decades. Varun touched the scar on his forehead and said "Sorry", Sanjay gave him a soft kick on Varun's tummy and said "I cannot forgive you for this" and winked. They both had their lunch together and Varun was all ears to hear out what all happened in Sanjay's life in this 20 years. Sanjay dropped out of school the same here Varun left the village, he was helping out his dad by working in the paddy fields and last year Sanjay's dad died as he was bitten by a poisonous snake while farming in the land, Sanjay then took over the charge and he is somehow managing to get two meals a day to his family, during draught seasons his family just settles with just 1 course meal. Sanjay's wife who did not peep out till then, came out when Sanjay called her to get introduced to Varun and she did not even see Varun's face, she wished him a namaste and ran inside, even her face was fully covered so Varun did not see who she is.

Varun and Sanjay went out in the evening and Varun slowly started the topic, they were discussing about the other friends who were there in the village 20 years back and the topic turned to Kaavya, Sanjay was stunned to see that Varun still remembers her, but, how can someone forget a person who saved their life. Kaavya once saved Varun from a 200 ft well, where Varun fell down by accident, though she is younger to Varun by two years, she is a bold girl, she dared to jump into the well where even elders would think twice before jumping. Varun always had a soft corner for Kaavya not only that she saved his life, he liked her innocence, attitude, character and above all her sense of sympathy to other human beings and at that age he did not know how to term their relationship and it remained as just friendship. Varun used to bring special lunch for Kaavya and he would not share that with Sanjay as well, he in fact took care of Kaavya and he always wanted to take care of Kaavya. When Varun left the village, he has left his heart with Kaavya and he recollected the secret meeting they both had on the last day where he promised her that he will come one day to this village and then will take her along with him. Sanjay always used to be a good listener so did not react to anything and just remained silent.

Kaavya would now be married right ? Varun asked Sanjay, and Sanjay said, ya she got married when she was 13 years old and she was widowed the next year, as her husband died during a local clash in the village as his rivals killed him and till date she stays all alone in her house with no one to take care of her. Varun knows that he cannot keep up the promise he gave to her but he wanted to tell her that his heart is still lingering with those good memories of the times they both spent together when they were young. Varun said, he wants to meet her now, Sanjay said, it is not a good idea to go and meet a widow in the evening and moreover the village people may attach strings to it and make it a big issue, so they both decided to go and meet Kaavya tomorrow morning. Varun was waiting for dawn and he just could not sleep, passing that night was not that easy for him. Next day morning Varun and Sanjay took a local bus and went to the place where Kaavya is staying. The house was not that big, it was a very small hut with a place for the cows to stay in the front and Sanjay called "Billu ... Billuu", and there came a voice from outside "Yes Sanjay, come in, I am busy cooking food"

Sanjay said, he has a visitor for her and she would be thrilled to meet him, Kaavya came out with a sense of excitement and was shocked to see Varun standing outside, Varun too stood frozen after seeing Kaavya and they just can't believe their eyes in what they are seeing now ...

I have too many endings coming up in my mind for this story, but I wud want to keep my readers guessing and if possible let me know what kind of an ending would be apt for this ... I am sure I am going to come back to this post and then publish my ending for this story may be by this weekend ... so till then, keep guessing and pass on your guesses as comments.

Vinay rushed towards the beach in search of that peanut vendor as he could not stand the suspense of this story, he got to read this story on the paper cone in which he was offered peanuts, Vinay could not figure out which peanut vendor sold him that cone and hence like all of us, he too could not know what the ending is, life does not gives answers to everything, at times it would leave us guessing :-)