God's must be CRAZY 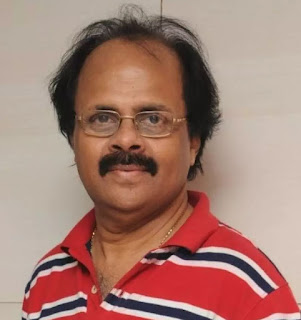 I have penned this on the day he passed away and did not want to post it that day itself as I cannot digest the fact that a genius like him his no more. I don’t think anything would be enough to talk about some of my mentors and for sure Crazy Mohan sir is one of them.

OK before we dive deeper, I am not a cine personality, I am not a stand-up-comedian, but I have earned the name of a humorist by doing many off the silver screen performances. I was with Humor Club and has done many shows with them, I am always someone who does not come to be in the limelight, for variety of reasons, but I have worked with some of the greats like Crazy Mohan, Sve. Sheker, Mouli etc.

Now on to the main topic – I was shell shocked when I learnt that Mohan sir is dead, it took a very long time for me to even digest that news, during my Humor Club days he has presided many many functions for us and I have got many awards from him, after seeing me perform and my witty on-liners, Crazy Mohan was the first famous personality who took to the mic and said – Satish if he decides to pursue a career in Comedy script writing, I think I have already seen who is going to my competitor in future, the whole Rasika Ranjani Sabha stood up and applauded, that was a blood damn, over statement and that is the humbleness of Crazy Mohan sir.

I was doing my college at that time and very much in to writing jokes for Vikatan and some other Tamil magazines, but never thought I could get on to comedy script writing, but did that too, joined hands with Crazy Mohan sir and sat with his troupe on some of the dramas he wrote, a man of that magnanimous personality will ask – “Enna Satish, inga indha maadhiri pesalaama, or do you have any improvements in this”. That is Crazy Mohan, a man with a heart made of pure gold and a soul which is only filled with love and only love.

I still remember one of my conversations with him, where I told him – Sir enakku US la velai kedaichuruku, so naa US poren sir, he was like – “Hey super da, jhammunu vaada, poituvaa, but never ever let your sense of humor die in you, enna nyabagam vechuko da”. I got his “aaseervaadham” and left her alwarpet home, and post that I met him few times during my visit to India and once I finally came and settled back in India, I went and met him and told him that I am now ready to take up writing as my second fiddle, he said – I will surely let you know da, you come up with some interesting skits.

Yes, I did write few and gave it to him, and as usually he was like “Super da” and that’s his usual reaction even if it would be “marana mokkai” one. Then work pushed me again out of India and once again I met him (that was the last time) in 2011 and said I will be in touch. Life dragged me so far that I almost forgot that I can write scripts, but took what Crazy sir told me and engraved me in my heart “Never let your sense of humor die”, till date what keeps me going is that and wherever workplace I have worked so far, I am still called as a “comedian” and a “humorous person”, I am sure that would never go off my DNA.

A human being who is so approachable and who is so kind to all fellow human beings, he is someone who never had anything against anyone in his whole life, that to me is a quality of a “sage”, he preached what he practiced and people like me learnt how to be humble only after moving with folks like Mohan sir, for someone who has achieved so much in life and he can be so humble, I should not even open my mouth. I just cannot control my tears when I think that he is no more, and GOD has made a huge mistake in taking him away so soon.

Crazy sir and Bajaji anna are the kind of folks this universe needs, we have to see how humble they are irrespective of achieving so much in life. All I can promise Crazy’s soul is, I will be the same old witty Satish and I will never ever be a serious person in my life, no one can be a Crazy Mohan in life, but everyone can be just “Crazy” and I will be one of them, let the world call me “loosu”, “Ilicha vaayan”, “Yemaali”, “Komaali”, I don’t care, this is my identity and as Crazy sir used to always say – “If you start hiding your inner identity, you are nothing but a dead body, just be what you want to be, we live for ourselves and not for others”. How true is this.

I am sure God’s must be Crazy by now, and watching all your evening shows, I think they got super stressed and then took you there to relax and have a hearty laugh. You will be an entertainer even in HEAVEN. Bless us all sir, this world is not going to be crazy anymore without you. Love you to bits.