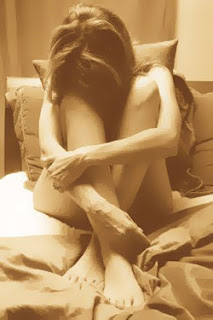 Everyone are talking about this Shiney Ahuja case, my next door kid who is doing his 2nd standard is following this case very keenly, why not I ? I should first admit the fact that I came to know that Shiney Ahuja is an actor only after this case was brought to light, I am not a movie buzz, hindi movies to me are like how "promises are to politicians", though I go ga-ga over few seriously good looking heroines like "Priyanka Chopra", "Katrina Kaif", "Amrita Rao", "Neha Dupia" etc etc, I just don’t follow that stream of entertainment. I personally feel that this case has been blown to proportions and they are actually washing the dirty linen in public. Every news channel is debating on this topic, WTF?? Of course the entire episode is all about that "F" I know, but since it happened between a so called popular actor and his maid, the issue added spice ...

I happen to speak to one of my friend who is a news anchor by profession; I asked her, what is that her channel is going to get by talking about this for hours together ? She gave me a blunt reply saying, her editor is the man who needs to answer that question. I told her that more than the rape victim, the news anchors are extremely emotional while reading that news, and in fact she read this news with utmost grief and sorrow in her voice which to me is an overreaction than the victim. This animated lady Burkha Dutt of NDTV 24X7, was almost on tears when the debate was on in her news channel, man, this is too much. Well coming to the main issue, I just don’t understand why this "rape" case is being put under the lens and magnified so much ? This makes me think as if there were no "sexual assaults" that are happening in this country and this is a one-off case. I don’t want to debate whether Shiney is innocent or not, coz I was not there at the time of the crime or at the scene ;-)). This news is feeding blood and flesh to all media persons and they are more than happy to shoot that innocent girl left, right and center and follow her wherever she goes, do media persons have a heart ?? I don’t think so.

Needless to say the global secret which is known to every INDIAN citizen of why first class coupes are always booked in our railways and for what bloody purpose that is being used. Using the RTI act, just demand for the list of the passengers who have travelled in those coupes for the past 6 months, all you will see is the names of some 50+ year old politician and a young girl of 20+ travelling in the same coupe, WTF will that be ?? Do you think that the politician would have been teaching her the secrets of politics ?? Every nasty thing is possible in INDIA, 99% are not being caught as the victims are not ready to come out and complain, and even if they come and complain, the victim knows that the society will stamp her as someone of "that" profession and hence her life is screwed forever, see, even for this case, Shiney's wife has come out all guns blazing saying that her husband was raped by her maid which to me is a brilliant argument and that made even the judge think for a while. Till date, INDIA does not have any stringent law against such "sexual assaults" which are mainly targeted on the weak links of this society.

I am skeptic over the fact that science or technology can prove or figure out the actual truth of an incident like this which has happened inside the four walls, what the hell they will do by collecting the blood samples or investigating the private parts or the dresses ? And why "dresses"???, as if both of them would have been dressed in formals while this w"hole" incident happened? Crazy folks I say, crazy folks!!. That poor maid may have been raped by Shiney once or if the media reports are believed to be true, she would have raped Shiney once, but this media and the society is raping her daily by debating over every ugly possibility on that incident and making a hell for that victim on earth. That maid too has now started to handle media with some courage, as she knows what kind of questions would come, she is also getting experience rite??. There is this twisted tail to this case where one set of crowd is saying that celebrities are soft targets, this statement has to be taken with a word of caution saying, not all celebrities are clean. "Celebrity" is just a social status and that is not something which makes an individual to be a "super human". May be it would be true on some cases, but in this case everything has been confessed and there is no hidden secrets here.

The country which is termed to be a pioneer in the art of sex and the country which gave the great "Kamasutra" to the rest of the world, forgot to educate the kids of its own land about the ways to control the senses and the limits allowed in such a game. Today we all may be talking about one Shiney Ahuja and one maid, but as you read this or as I write this, there would be so many Shiney Ahuja's raping so many innocent maids or the vice-versa, so let’s not get emotionally carried away by this incident, and keep the fact in mind that we all are living in a country where such incidents are not new, I know we Indian folks are a bunch of emotional unit, and I know how we reacted to Rajiv Gandhi's death, Gujarat Earth Quake, Tsunami, Aarushi's Murder case, Mumbai Attacks, Surat Rape Incident, etc etc, for us every news is just hot for a week or 10 days and after that we all depart in our own ways until another emotional incident happens.