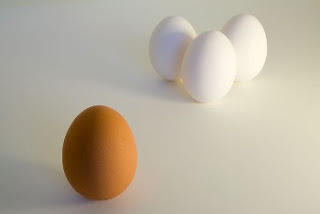 Well ... it’s a lesson that we Indians are forced to learn in a hard way. What is currently happening in Australia is something unbelievable and it clearly shows that the rest of the world is too jealous about the growth our country is gaining. Everyone in this world knows that we Indians are smart, intelligent and capable and it obvious that these reactions bound to happen. Australia is a place which is well known for this and racism is always there in their blood, we all know the way those folks play cricket, and you just cannot straighten a dog's tail. But I would say that we Indians are the ones to be blamed for all these...
There are many aspiring youngsters in INDIA who just wanted to do their higher studies abroad, well, there is a whole lot of money involved here and it is not that easy for every Indian to afford and send their children abroad for higher studies. I just wanted to ask one thing to all those who wanted to study or work abroad, if you are really serious about studies and if you really think that you have that extra quotient in you, why can't you folks try that out in India's prestigious institutions ? like the IIM's or the IIT's or the REC's or the XLRI's ? I am not ready to buy the statement that India is having a poor education system, remember folks, we are not a country who is 50 years or 100 years old, we really are a very old country and we would have probably be the pioneers in setting up most of the systems which the rest of the world have currently modified and implemented.

I agree that our intentions is to make more money and that is what everyone is fighting for (incl me), and when making money takes the front seat, then we should be ready to face such consequences especially when you are working in a foreign land. It’s a very simple concept, will you agree if an outsider comes to your house and starts dominating in all possible ways and poses a threat for you to be eliminated out of your house ? We won't rite ? That is what is happening to all INDIANS who are living abroad and that is the feeling we INDIANS are giving the folks who are living in their country. I am still curious to know, what is that INDIA lacks and what is so special the other countries offer ? I know, politicians in INDIA are a bunch of loafers and they are literally raping our mother India in every possible way ? but remember, they cannot come to power on their own, it’s WE who elected them and made them sit up above our head and throw shit on us.

Racism is a dangerous devil and if this spreads across the globe, I don’t think Indians will have no place to hide other than INDIA. It is so unfortunate that my fellow brothers and sisters are being attacked just for the fact that they are smart than those foreign nationals, I wish WE realize the seriousness of this issue and take corrective action. I am not saying this out of pride or over confidence - "If we Indians decided to walk out of certain countries, I bet you folks, those countries will come to a screeching halt", It’s not that we are under their mercy, it’s just that they are under our mercy. Again, talking to Indian government and requesting them to help those suffering Indians in Australia is more like we spitting on the air, it’s surely gonna fall on us, our bloody politicians have no time for all these, they are still fighting for their seat allocation, the biggest minority in our country is an INDIAN. Politicians have to change and if they are not ready to change, we will force them to change.

My heart goes for all those who are injured in the attacks and I wish and pray for their speedy recovery.