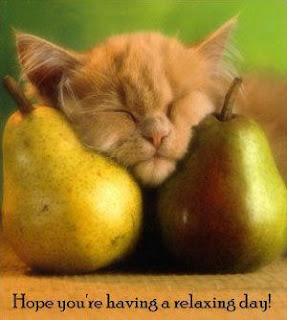 Taking a day off on a weekday is always fun, I have plans to do so many things before I hit my bed, I have to pay a lot of online bills, book tickets and read few blogs etc etc. I also need to catch up with my friends to whom I have not spoken for a long time, especially L and C, may be its time to catch up. Hope this day goes well as planned and office folks are not ruining my plans. It's just time to relax a bit.