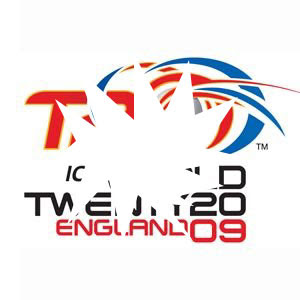 Is it the beginning of the end of HONEYMOON period of Dhoni and his boys ? The team does not show any signs of fire right from the start of the tournament and they looked sloppy in all departments of the game and the entire nation did not take those two victories against the minnows that seriously, when it really mattered in the Super 8s the team did not deliver, we were looking like Zimbabwe against the windies and the English and least to say about yesterday's performance where India looked seriously out of sorts right from the word go. Shewag's absence was rightly felt as the team failed to give a decent start and the man who filled in that slot was not the right choice any more, Rohit Sharma is not a matured opener in my humble opinion ...

Dhoni needs such humiliating defeats and I would say that INDIA should face many more defeats like this and this would seriously make the team's think tank to work on the basics and sharpen the axe to get the eluding World Cup in 2011, I know I am thinking far ahead, but I strongly feel that this Indian team has seriously got the potential to rock any opponent, the only thing they lack is consistency and the fire to win and trash. Pakistan though being our arch rivals, I always admire their hunger and fight back to win a game, which is not the case with Indian cricket, and you may find this statement apt for any of the previous generation cricketers which we have seen. India needs to get more ruthless and such defeats would definitely get the boys out of the dream world they are in today.

India's fielding has hit the rock bottom and they does not seem to improve on this even a bit, I am not quoting just this T20, even at the IPL, the Indian players were sloppy on the field, and I would not put the blame on the fielding coach here, as he happily enjoys flying with the team all around the world, and I would say Robin Singh has not stayed so long in the team even when he was a player, lets forgive that aging cricketer and put the blame on the young boys who are not willing to bend and flex. In yesterday's match if Bajji wouldn’t have bowled those two wides which costed 10 runs for India, I think we would have romped home easily, after bowling such a wonderful last over, Bhajji should have been even more responsible in bowling that wide delivery, Dhoni obviously is not the best of the keeper we have in the team and hence the bowlers need to be careful, rather testing Dhoni's keeping skills.

Anyways, I am happy in a way that India has lost and I hope the team takes a much deserving break and spend some quality time with their families, refresh their mind, body and soul and come back banging on the Hong Kong Super Sixes tournament. So which team I support for the rest of the tournament ?? Obviously it’s our neighbor, ah, don't look up the map dude, just look at the bottom, yeah, its Srilanka. Mendis the man, who can spell doom to any team on his day and he is the trump card for the emerald island folks to kiss the cup.