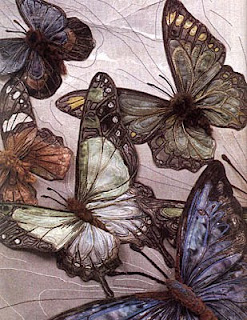 It was a very relaxing evening for Vinay and he was laying around in his PG after working hard for a week at work, he knew there is nothing much he can do to keep himself busy and occupied other than watching TV or reading few books, that's when he got to remember his good old friend Sarah and he chose to dial to her number. Sarah his is old girl friend with whom he broke up couple of years back but they were still friends. Vinay proposed to Sarah on a no-moon day and she straight away rejected him saying that she is already committed, but fate played a twist in her tale as well and she broke up with her boy friend a month ago. Vinay dialed her number and then asked her if she is available for dinner that night, Sarah said she is holding another call and hence she will call him back, after Vinay waiting for 10 minutes Sarah called him back and said, "Oh yeah, we can go out for dinner" and asked him what is the reason for treating her this time ...
Vinay smiled and said, "I never said, it’s gonna be a dutch, so you need not pay for this". In an hour’s time, Vinay and Sarah met in one of the expensive restaurants in that city and they were sharing some of their good old times where they both spent together, both of them felt that the meeting was soothing to their heart and a lost relationship is getting back on track and they both were happy about that. Vinay wanted this relationship to blossom and he knew that this is the right time for that. They both end up meeting each other every other day and then spent a lot of time together. One fine day Vinay proposed to Sarah the second time and she this time accepted him as per the good old saying "A know devil is better than an unknown angel". Vinay and Sarah got married and led a very happy life for three months and little did Sarah know that the worst part of her life is just going to start.

Sarah one day called up Vinay to tell him the good news that she is expecting and she expected a sparkling reaction from Vinay, but he just didn't react too much to that and gave her a pretty ordinary "whats-the-big-deal" kinda response, that actually did not go that well with Sarah, but she pacified herself saying that he may be busy with work or he did not want to react too much at office and hence he played it subtle. She was eagerly waiting for him to come back home and she a kind of expected that he will surprise her with something big. 7:00 PM would be his usual time to come home, but that day it was 10 in the night and there were no signs of Vinay, she called him up on his cell phone and it went unanswered, as the time passed by, Sarah got worried, but it did not last long as Vinay parked his car at his shed around 10:15 and Sarah felt relieved. She decided to play a prank on him and hence pretended as if she fell unconscious and lay flat on the floor and expecting him to go mad over that scene, but Vinay was just heavily drunk that he did not notice Sarah, instead he jumped over her and walked into his room and it took a while for the smell of those cocktail to disperse in the air.

Sarah thought that he would have drunk as he would have felt so happy about the news "Men..." was her reaction. The next day morning Sarah did not see Vinay getting up till late 11 in the morning and her patience is just running out for being waited enough for Vinay to react or tell something. She went into their bedroom with a big pillow on her hand and started banging that on a quilt which was well covered and there came the voice from the bathroom from Vinay "What the hell is wrong with you ? I am here" Sarah just stood near their bathroom door and stood still as if she is admiring Vinay's brushing skills, but Vinay does not even care to look at her direction. Sarah in the meantime thought that she did not convey the news to Vinay properly and that's why he is like that and then whispered straight into his ears saying "I am expecting our little one ...", Vinay replied "Ya, you told me the same this last evening as well right ?", then Sarah asked him "Are you not happy about that?", Vinay said "I wish I could have been happy, if that was my child", this statement shook her so badly and Vinay went to the extent of being so cheap as he counted the number of days since they glued themselves for that inevitable.

Sarah was all in tears the whole full day and she felt so irritated to even look at Vinay's face, she is a firm girl, and hence she decided to walk out of the house and then stay with her friend for a while, but Vinay is not so dumb to allow her to do that, he played a neat scene and came running to her as if he was blabbering out of last night's drink and stuffs like that and convinced her to stay with him, and Sarah once again believed him without noticing the evil smile on his face. Vinay started to come home late and every day he came home drunk, this really upset Sarah and one day she questioned his attitude and demanded him a reason, this angered that drunken brat and he slapped her hard on her cheeks and dragged her by her hair and pushed her inside their store room, Sarah's scream went into deaf years and she was forced to remain inside that room forever. Vinay used to lock the house from outside before he goes to work and made sure that she does not escape by any means. Things started to become worse when Vinay started to bring his friends home and then offer them a drink. The house has virtually turned into a bar

Sarah was not allowed to even take bath nor change her clothes, she was just offered food and water, whenever she threatened to kill herself and refused to eat that food, she was beaten mercilessly by Vinay and she would be forced to eat. It is just not for anything but her unborn child Sarah used to eat and keep her in good health. One fine day Vinay opened her room and then asked her to take bath, Sarah did not know what made him to change, but he made sure that he tie her legs with those iron chains and made her almost immobile. Sarah did not realize the cruel intention behind Vinay asking her to take bath, that day in the evening, along with drinks Vinay offered Sarah to his friends, and Sarah's only hope of her unborn baby was shattered and it was aborted just in front of her eyes. She was made to sleep with every other friend of Vinay and what became a shocking incident for her, became a practice. Sarah had no reason to live in this world, and unfortunately she could not even die as she does not know how to die.

Sarah's close friend came home once to meet her as she did not hear from her for more than a month. Vinay pretended to be a very good husband and he told her friend that she has gone to her mother's place and hence she will take some more days to come back. Vinay did not know that the friend who came was actually sent by her mom who felt worried as she did not hear from Sarah for a long time. Her friend grew suspicious and she sensed that something is fishy. She did a very good job of going to the nearby police station and then complaining about her friend and also told them that she is suspecting Sarah's husband. Police came to Vinay's house two days after her friend's complaint and they said that they need to search the house, Vinay who feared that he may be caught red handed, rushed towards his bedroom and allowed his bullet to chew his skull. Police broke open the store room to see a completely nude Sarah who was bleeding so badly and also unconscious. Sarah who is now placed in a home for mentally retarded people, is just doing two things, crying non-stop and immediately laughing after seeing her own hands chained to the walls.

So howz this story ??? Pathetic right ?? You feel this story highly disgusting ?? Searching for me to give nice whacks ?? Arranging supari killers to kill me ?? Ok ... Ok ... cool down. I just wanted to let you folks know that INDEPENDENCE is something we all have to enjoy every minute of our life, we all are so blessed to be independent and the amount of freedom we all have in our lives is something which some folks won't have in their life. You will not know the power of freedom unless it is grabbed from you. Simple example, just a thought of you will be locked inside your bedroom which has TV, AC, Music System, food etc etc for a week, would make all of us go mad. We all should not forget the sacrifices done by our freedom fighters to get all of us this freedom and independence, I strongly feel that just celebrating that for one day is not at all enough, we have to celebrate them all thru the year and thank them all thru our life. Be Independent and Happy Independence Day!!! JAI HIND.