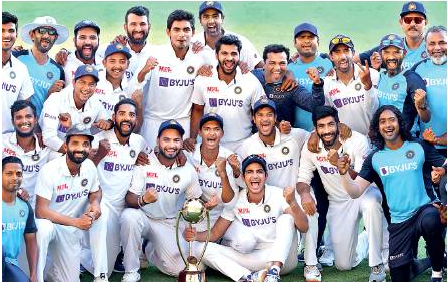 Oh what an exhibition of test cricket this Border-Gavaskar Trophy 2021 has been, India for sure were not tagged as favorites when they landed on Aussie soil, the One-Day games went in our favor with a 2-1 victory, but we gifted the T20's to the Aussies and then started the real test of the game, the TESTS.

India were bundled for 36 (all out) in their second innings at Adelaide and with Virat Kholi departing the squad to be with his wife on the occasion of their first baby, India certainly looked depleted both technically and emotionally, to add to the misery there were some key players who were getting out to injuries, Bumrah, Jaddu, R Ashwin, Shammi all gone, India were even worried if they could pick a playing 11.

Then came these youngsters Washington Sundar, T Natarajan, Shardul Thalur, Navdeep Saini, they literally filled the shoes of those experienced players and gave Aussies a tough fight. With the concluded 3 test, the scoreline read 1-1 win for both the sides and a draw at Melbourne, the team shifted to the Gabba (Brisbane) for the final decider.

Here is the glance of the score cards. 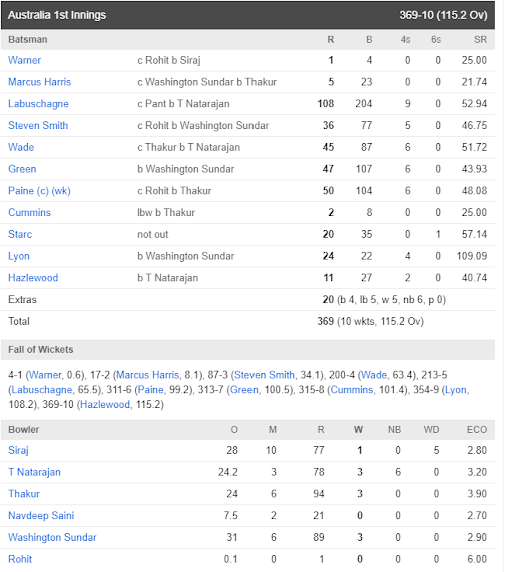 Here is where the game literally changed, the partnership between Washi and Shardul was the game changer in my opinion, the 123 run partnership for the 7th wicket, gave us that edge even though we trailed by 33 runs. 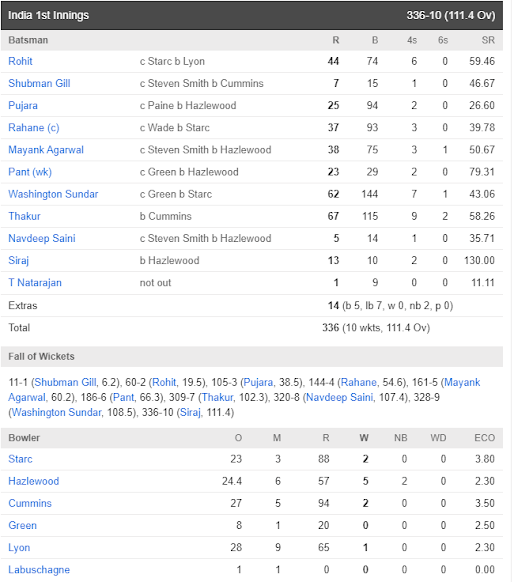 Australia started off well, but we should credit Md Siraj for his disciplined attack to pull things back and cut the run-flow, the opening stand between Harris and Warner was threatening. 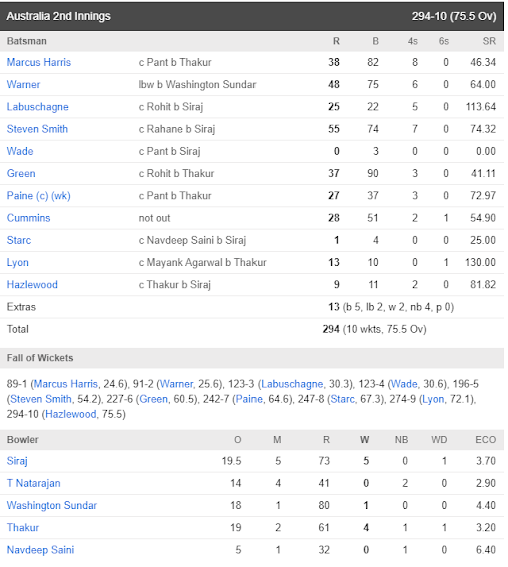 Finally, India just hold on to their nerves, withstood the bodyline bowling of Starc and Cummins, took a lot of blows (especially Pujara) and played positive cricket and pushed for a win, if they would have played for a draw, I am sure, it would have been an Aussie game, but Gill came out and played his flamboyant shots and started things up and post that it was all Rishab Pant's show, he outplayed the Aussie attack and literally toyed with their bowling. 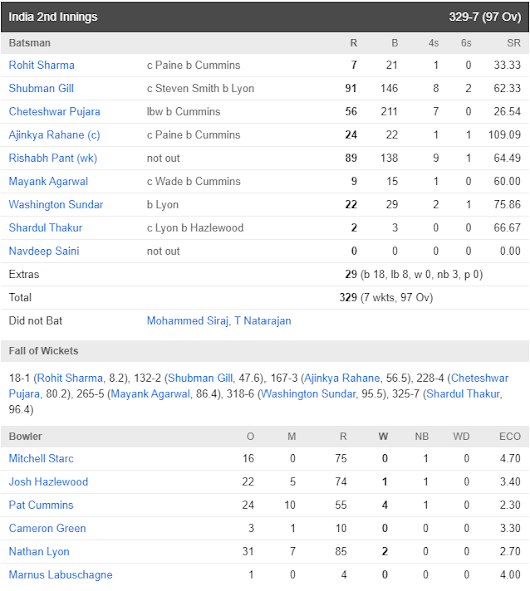 This series not only put India on top of the table with this on-going World Test Championship, it gave this young Indian team truck loads of confidence. Games like this make TEST MATCHES to be in existence, with T20 literally robbing the beauty of this game.